For centuries and centuries, sculptures have played a pivotal role in the lives of humans. Historians believe that the first few sculptures were created by man to aid in hunting by supplying ‘magical power.’ They also say sculpting is one of the oldest art forms. Humankind began to carve before we decided to paint or design our dwellings. These sculptures were most probably carvings of rocks or designs scratched on earth. Rather than being pure sculptures, they were the forerunners of all art forms of today. 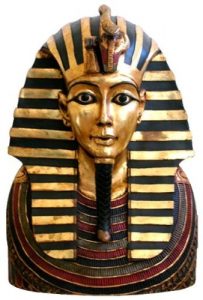 Though only a few original sculptures of these prehistoric times have survived, there are imitations of them available all over the world. Made by the present generations, these examples of old sculptures can give us a glimpse of the culture that thrived thousands of years back. The way sculptures were made changed after the dawn of civilisation. Mostly, they were used to represent gods, but Kings and Queens also employed them to carve out their own likenesses. These statues were an avenue for rulers to immortalise them. They were also how portrait sculptures were born, but it was Greeks who perfected the art. They made statues that were carbon copies of the physique of men and women. They created sculptures that depicted the precise emotions on the face. As more civilisations cam to being, each one of them generated their own era of sculptures. Some of those that we know are:

Uncover More About : Photography Exhibition For Beginners – A How-To

After the ancient civilisations, early Christian sculptures came into being. They were employed to decorate churches. The most common theme in them was that of demons and devils because it reminded every visitor of the evil that thrived among them. After this age, a new period of sculpting began that included:

No matter what period of time we consider, sculptures have been mostly monumental. For example, if we take the 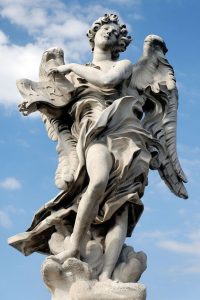 fifteenth-century Italian cities were filled with statues of biblical heroes. Similarly, in the 20th century, walking down the heart of New York will offer a glimpse of a sculpture of a famous songwriter. Another example is the way we have been honouring our army, military, and soldiers. Just like ancient Sumerians who celebrated every victory with sculptures, even today we erect statues of soldiers to acknowledge and appreciate them.

The way we create sculptures may have changed today. While initially only stones of various kinds were wielded, now we appropriate a plethora of materials ranging from wood to clay. Like sculptures were part and parcel of courts of the yore, they are equally commonplace in the current generations. The only difference is that they are now found inside or around modern structures like skyscrapers. No matter the evolution of time, our knowledge and talent in the field is still seeded from an old, old era.