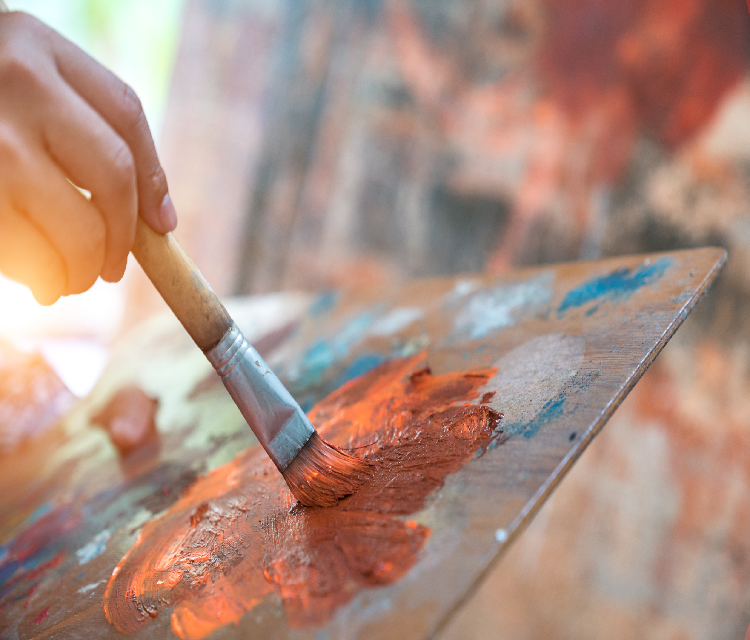 Art is a broad phrase that encompasses many different activities and works. Painting, painting, sculpture, tattooing, and other forms of artistic expression have been practised by humans since they lived in caves and hunted animals. We envision art as a man scribbling with a pencil on paper, a painter working on a painting, or a singer or dancer.

Art, on the other hand, is not limited to these aesthetically pleasant activities. The divide made between fine arts and visual arts perplexes many individuals. Fine art is a creative endeavour pursued for the enjoyment and beauty of the activity rather than for its practical application. This technique of categorising art  and painting genres appears to be out of date in recent times, with the distinction between fine and visual arts becoming increasingly thin and unclear.

According to the definition of fine arts, fine art or fine arts are activities that are done primarily for the love of nature and to derive aesthetic pleasure. The underlying premise that underpins the concept of fine arts is that they are pursued the pleasure and delight they bring to the practitioner rather than to earn money.

The concept was inspired by drawing and design, and painting, drawing, sculpting, printmaking, and other art forms easily fit into this category. There was a school of thinking in the 17th century that art should be appreciated and used for creative reasons, which led to the coining of the phrase fine art, which refers to an art form that is attractive to the senses.

Visual art, as the name suggests, is any work of art that can be seen with our eyes. Painting and sketching are the most well-known examples of visual arts, but so are sculpting, architecture, photography, cinema, and even printmaking.

However, because many performing arts integrate visual components, categorising them as simply visual arts is challenging. Ceramics, pottery, metal smithing, jewellery design, woodwork, and furniture production, among other art forms, have all grown in popularity.

As time has gone by and computers have become more popular, many of the earlier thinking and concepts have been pushed to change. The term “fine arts” was established to distinguish between art forms that served a purpose and others that were simply decorative. To distinguish it from art forms that were beneficial to humanity, fine art was defined as any activity that offered joy and pleasure while also being visually pleasing.

As a result, science lost ground to the fine arts, which included, among other things, music, opera, literature, and theatre, because these art forms were deemed to be pleasing to our senses. Visual art, on the other hand, encompassed all visible forms of art such as drawing, painting, sculpting, photography, cinematography, metalworking, ceramics, and so on.

In today’s environment, it’s impossible to think of an art form as solely visual or fine, and there’s a lot of overlap to confuse people. Beauty and aesthetics are not restricted to fine arts, and visual arts are not the only genres of art that are aesthetically pleasing.